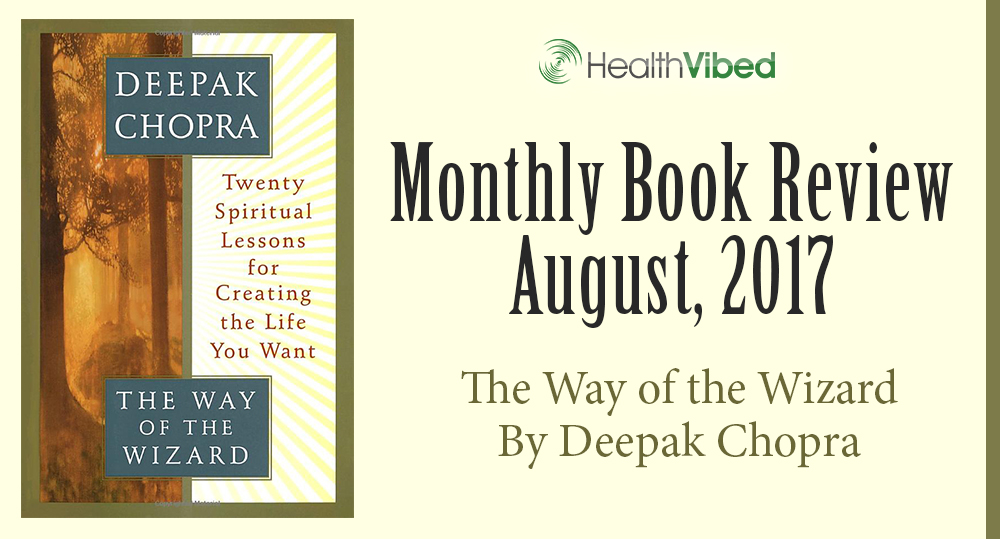 Monthly Book Review – Deepak Chopra – The Way Of The Wizard

Deepak Chopra has been a big name in the area of personal development slash spiritual “enlightenment” for around 20 years now, and if you've been reading any of these kinds of books over that time, you've likely come across the name.

Surprisingly to me, The Way of The Wizard is actually the very first book by this author I've taken the time to read. I think honestly in the past I've been too put off by his seemingly  quasi spiritual persona (at least in my books, I always felt he looked like one of these so called “gurus” who was just cashing in on the huge development of the spiritual market place).

Anyway, I was digging around in my garage recently, and noticed this fairly worn out copy of the book, and thought why not give it a read, seeing as I wasn't currently reading anything anyway. Below is my review, I hope you find it enjoyable and if like me you had a bit of cynical view of this author, it may just inspire you to give one of his books a chance.

Here's a quick overview of the different sections of this book review:

A Quick Intoduction To Deepak Chopra and His Works

Deepak Chopra is an interesting character to say the least. His “alternative views” on human health, potential, and healing  largely revolve around the idea that the human body is underpinned by a “quantum mechanical body”, and this body is composed of energy and information, and not just merely matter.

Due to his rather new age concepts of human healing he's been labelled as a quack by some of the more mainstream personalities in the field of human sciences, such as Richard Dawkins (popular author and ethologist, and the writer of works such as The Selfish Gene, and The God Delusion (AMZN Links)) among others.

Deepak Chopra was originally trained as a physician in the 1970's after moving from India to The United States. He then began following and practising TM (Transcendental Meditation) in the 1980's, and moved away from mainstream medicine, eventually opening up his own center for wellness based on his developing ideas about health and healing which were similar in ways to the Ayurvedic principles, which is known as The Maharishi Ayurveda Health Center.

Chopra's rise to fame didn't really begin though until 1993 when he aired on The Oprah Winfrey Show, discussing some of the books he'd written at that point in time. Since that time he's written several more books, in fact, as of 2015 (the latest reference I could find for a total overview of his works), he has written eighty books, with twenty one of them featuring on the New York Times bestsellers list, and his books have been translated into forty three different languages [Ref Wikipedia].

The Way Of The Wizard Book Layout

The Way Of The Wizard is broken down into 3 parts. Curiously, at least in the version of this book that I hold, there is no contents page, and so the book is a little hard to quickly navigate (although this is not a huge problem as it's a small book, but it's a little weird).

The parts are as follows:

Part One is basically an introduction into this concept of “The Wizard” which at least in my interpretation is a metaphor for “Spirit” or the “Unseen World”. This is also a concept which Chopra no doubt uses to communicate his views on the metaphysical aspects of our reality. In this first part, the author also gives us some tips on how to assimilate the “knowledge” within this book, such as “1. Sit quietly for a moment before you read any particular lesson”. The particular wizard used in this book is the mythical “Merlin” of Arthurian legend and medieval Welsh poetry.

Part Two is basically the main part of the book, and it's where the majority of the book's content is found. These are the “Twenty Spiritual Lessons” which the subtitle of the book refers to. Each lesson within this part of the book is broken down into 3 sub sections, those being:

This is probably fairly self explanatory, but the lesson itself is the lesson, which is shared via a story about Merlin, and how he teaches apprentice or trainee, Arthur (who as the myth goes, later goes on to pull the sword from the stone, become Kind of England, and create Camelot).

Understanding the lesson is simply a breakdown of the metaphorical content of the previous subpart, where Chopra aims to communicate in more direct terms what the lesson means, and how it applies to us as the spiritual seeker.

Living with the lesson is again a more thorough breakdown on how we can actually assimilate this information and use it in our own life. This part sometimes (but certainly not in each chapter) includes practical tips on how you can begin to apply this knowledge or get the most value from it. For example, one of his practical tips in this part of the book, involves simply lying down and breathing, and then thinking of distressing events of the past, and noticing how these memories effect your breathing patterns to make them more shallow.

This is where I should mention that this is probably my greatest criticism of this book, it's highly theoretical in nature, and not very practical at all. While I like a lot of the ideas, and actually have similar ideas about life and reality myself, I don't think reading a book like this will actually create that much of a shift in most people's consciousness. Then again, this is my opinion. I'm also getting sidetracked, and will get back to this later.

As I went into a little previously, the book uses the concepts of Arthur, Merlin, and the idea of Wizards as beings who possess magical powers and abilities to portray it's “spiritual lessons”. It basically follows the time when the young King Arthur lived with the Wizard Merlin as a boy, and covers various lessons that were supposedly taught to the boy throughout this time. As the reader goes through the chapters, Arthur is growing older, and eventually in the very last chapter, he leaves the care of Merlin to make his own way amongst other “mortals”, as he calls them.

I like the style of this book, and Chopra has done a good job in using this well known ancient fable as a way to express his beliefs about what can help us to grow spiritually. As I mentioned, this is the first book by Deepak Chopra that I've actually read, and previously I was a little pushed away by all the hype, and his seeming “guru” persona. I must admit though (I have to give credit where credit is due) he's a great writer, and he's done well with this book to keep it entertaining, fairly light, but also pack in some great ideas to keep the reader interested.

What I Personally Got From This Book

This is where I'm afraid I'm going to have to be a little bit negative about this book. I personally find this kind of book a bit “fluffy” and not really very useful. I also find the marketing hype of this book to be very off putting. What I mean is, even the subtitle: “Twenty Spiritual Lessons For Creating The Life You Want” is REALLY cringe worthy and totally off putting to me, I'm actually surprised I got past this fact and read the book anyway. Maybe that's just me, and due to the fact that I've read a lot of stuff in the “self development” arena, and am very greatly aware of the amount of lies and marketing hype that are used in the industry to generate more sales.

So what did I actually get from the book? I found it an interesting read in the fact that I have always been a fan of the King Arthur Legend, since I was little and saw this classic movie from the mid 90's:

Apart from that, as I mentioned earlier I think Chopra is a good writer. I just think that this kind of information is very hard to actually apply and get any practical benefit from, and someone would find reading The Sedona Method (you can read more about it via that link) a much more useful application of their time and energy.

I know that Chopra has included the “Living With This Lesson” or whatever, but it's just not very practical in terms of assimilating these types of deep spiritual lessons. Letting go, releasing, or the Sedona Method as it's also known is a very practical tool that will actually help you realise some of the lessons and ideas presented in Chopra's book, instead of just ponder and think about them (which will only get you so far, and really not very far at all, as all this stuff is beyond the logical mind).

Here's some related resources if you want to explore Chopra's works further, or some similar ideas and sources:

So I think this is an interesting read, but as you can tell from reading my review so far, I think it's a bit over hyped, and under practical in terms of application. Deepak Chopra is a great writer though, and I am more inclined to give him another chance and read some of his other works, having read The Way Of The Wizard. In terms of his actual knowledge and whether or not it's worth following, I'm still deciding about this.

I have to ask myself some of the following questions, like “where is he getting this information?”, “how did he come up with these tales about Merlin's lessons?” and if the answers are “he just made it all up after he had a nice meditation session one day and thought it would make a great book, then sorry Deepak, but that's not a good enough “source” for me.

As I have stated to the point of boredom, I want practical spiritual knowledge that I can actually apply, not just think about, and to me this book is a nice read, but does nothing more than spark more thought. Honestly, thinking is something most of us already do far too much of, and we don't need more ideas ABOUT spirituality, but we DO need more actual CONTACT with our own true essence, spirit, or whatever else you want to call it.

So overall I think if you want some “spiritual entertainment” then this is a good choice, but if you want to actually make progress on the spiritual path, learn how to do the release technique, or even just make meditation or Yoga a regular practice if you haven't already, and you'll get much more from that.

Discussion On This Book And Deepak Chopra 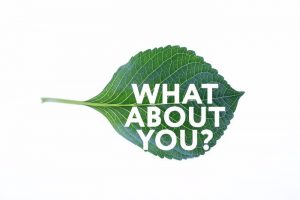 I'd love to hear from you regarding your thoughts on either this book, or any of Deepak Chopra's titles. If you read this book, what did you think? Did you agree/disagree with my thoughts. Any feedback you have is welcome in the comments area below.

About The Authors - Founder at Healthvibed.com, Nick is passionate about learning and implementing all information related to achieving optimum health. He's since made it his mission to learn, live and share these principles, many of which you can find on this blog. Read more of Nick's personal story here, as well as our mission here on this site, here.

Keto Diet For Weight Loss: Is It Any Good?

Brain Fog & Fatigue (CFS?) – Hands Down The Best Information I’ve Come Across After 5 Years Of Research